Allverta.com – WEDNESDAY – China is drafting a regional agreement at next week’s meeting with 10 Pacific Island countries, which includes cooperation in many areas, from police handling, security, data communications, to fishing. If realized, this regional agreement marks a shift in China’s policy and strategy in the Pacific Islands, from a bilateral approach with each country to a regional multilateral approach.

In a draft communique and five-year plan of action, which Beijing sent to 10 Pacific Island countries and obtained by Reuters and the Associated Press on Wednesday (25/5/2022), it was stated that China wants to train the police officers of Pacific countries, cooperate in “traditional and non-traditional security”, and expand law enforcement cooperation.

China also wants to jointly develop fishing plans, including catching tuna in areas of rich waters such as the Pacific. Beijing will also enhance cooperation in managing the Internet network in the region and establish cultural institutions of the Confucius Institute. In fact, it is also possible to establish the China-Pacific Islands Free Trade Area.

Together with a 20-member delegation, he will begin the visit in the Solomon Islands, continuing on to Kiribati, Samoa, Fiji, Tonga, Vanuatu, Papua New Guinea and Timor Leste. He is also scheduled to hold a virtual meeting with three countries that are considered potential to be additional signatory countries, namely the Cook Islands, Niue, and Micronesia. In the Solomon Islands, Wang will sign a number of deals, including those expected to include details of a deal on a security agreement with the country. 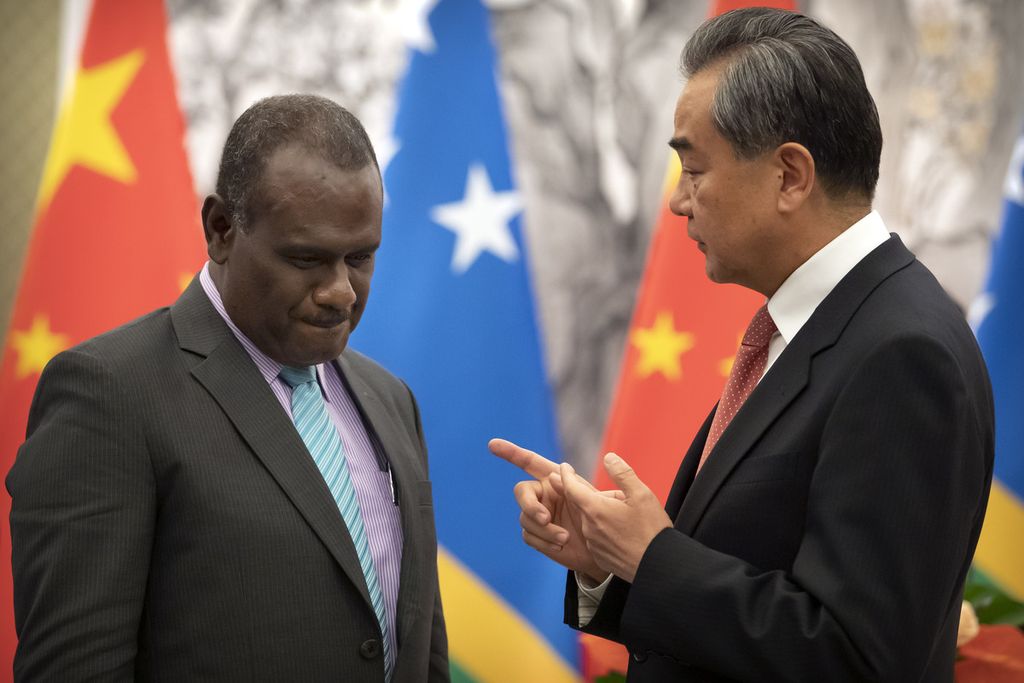 The Solomon Islands Government on March 31, 2022 announced that it had signed a security agreement with the Chinese Government. Through the agreement, China can send police, military personnel and other armed forces to the Solomon Islands to help maintain social order and for various other reasons. This security agreement is opposed by the US and its allies, such as Australia, New Zealand, and Japan. These countries worry that the agreement provides a starting point for the Chinese military to develop influence in the Pacific.